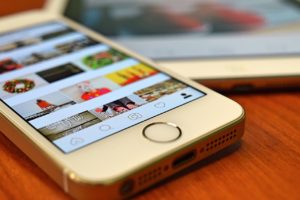 Facebook buying Instagram was a great move for Facebook. Instagram is one of the fastest-growing social media sites, now holding the 2nd spot for most-used social media sites. Twitter held that position for quite some time, but dropped down to the site least-used by American adults according to a Pew survey from 2016.

I love Instagram. You can say so much with pictures, and from a marketing perspective it’s a great way to easily get the attention of a passive audience. However I do have one big issue with it, and that is the algorithm. Facebook decided to use the same algorithm on Instagram as it does on Facebook, using engagement to help you determine what you want to see the most in your feed. Though it works well enough for Facebook, I’ve found it to be very unproductive and bothersome on Instagram.

As someone who does a great amount of marketing and promotions in the music scene, I’m covering shows around town several times a week. Instagram is widely popular with bands, venues, photographers, and other media (like myself with KWSS radio). I cover shows in real-time, while I’m there. This means while I’m at a show, I’ll take photos and post them right away. I do this because there is always time to get others out to an event, and bands and venues do the same thing.

Since Instagram no longer shows your feed in chronological order, I can’t be sure everyone following will see the posts right away, or even within an hour or two. I’ve been reminded of shows two or even three days later in my Instagram feed, and it’s very disappointing. Sure, I can manipulate the algorithm by “liking” more posts from users I want to see, but why should I have to do that? It’s not a guarantee.

What works for one site doesn’t necessarily mean it will work for others. The algorithm works for Facebook because you do not post in the same fashion as you do on Instagram (or at least you shouldn’t!). Posts there should be spread out, or even posting an album from a show afterwards is appropriate for that space. Instagram always had more of a real-time feel, and the way posts are seen should reflect the same.

I know this will probably never change, but I’m sure some of you will commiserate with me. You can’t treat every social media site the same, because they are not the same.