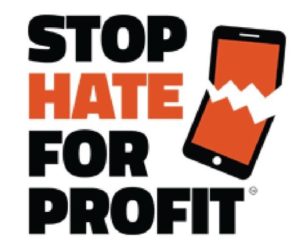 You may have seen a movement recently formed with many large corporations stopping all paid marketing on Facebook at least through July. This is the #StopHateForProfit campaign created by several civil rights organizations to force Facebook’s hand to stop hate speech on the platform. It has been an extremely volatile time on all social media platforms lately, not just from the protests that have (rightfully) arisen since the death of George Floyd, but the pandemic that pretty much stopped us in our tracks (here in AZ) since March.

I love this campaign idea, money talks and Facebook has already lost millions and set to lose millions more. It has already prompted changes to be made regarding hate speech on the social media site. While it is an important statement to make, large corporations such as Coca Cola and Hershey can easily shift their marketing away from Facebook since they have large budgets and are already well-known. For those of us smaller businesses who might want to participate in the boycott, the question is how can we still use Facebook and be seen without having to exchange dollars? It does take some extra work, but it can be done with minimal effort and time if you plan accordingly. Here are some ideas:

While you won’t reach as many outside your circle of Facebook friends going more organic, these ways can certainly help work the algorithm more in your favor. It also is good to remember there are still many other marketing options out there beyond social media. Get in touch if you have any questions on creating a solid marketing strategy, I can help you with that!